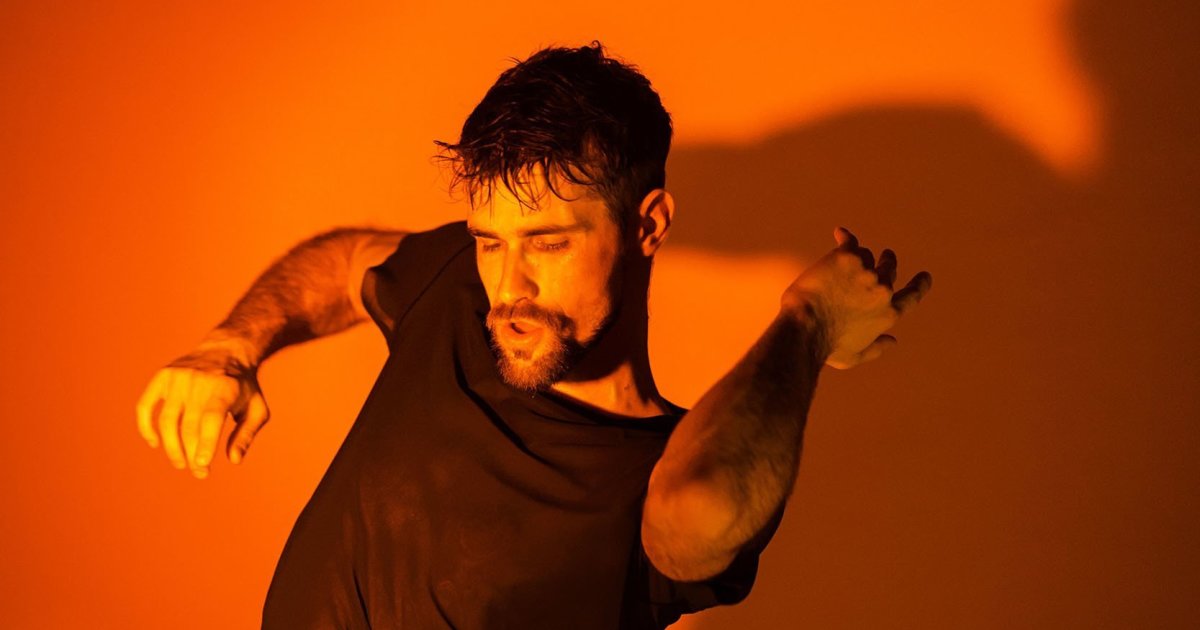 O S C A R by Arno Schuitemaker premiered on 15 July, during Julidans, on the sealed-off stage of the Rabozaal at Internationaal Theater Amsterdam. An evocative audio-visual experience where set, sound and light design carry the weight of an otherwise basic choreographic exercise.

Schuitemakers’ written introduction to the performance is touching. His words bring back childhood memories and a familiar sense of longing for an experience of the infinite: “How it felt when I was setting one foot in front of the other, how it felt to say: Let me begin again”. Beautiful. His words also speak of reflections, of never being truly alone as we walk together with the versions of ourselves we see in others, the ones we think, the ones we perform.

In O S C A R these ideas translate into a mirror-reflective floor and a clever, minimalistic dramaturgy of lights designed by Jean Kalman. Projecting the shadows of dancers and audience members alike onto three huge white and translucent screens which triangulate the space, the different light-scenes turn them into part of the performance.

Three triangles for three dancers dancing three solos on a fantastic sound score by Aart Strootman. One after the other, they enter into ‘their’ space to engage in a single, slowly progressing strand of movement. Without losing their verticality and involving the whole body, each dancer initiates his actions from a different level – a parameter underscored by three lightbulbs hanging at different heights before the start. Ivan Ugrin opens by focusing on legs and hips, Mark Christoph Klee follows with torso and shoulders and Paolo Yao later explores the richer possibilities permitted by his arms. The dancers, gorgeous and alive in their sweating and their focus on the task at hand, do not appear to be dancing with or for us, even when moving at a very close range or when, now and then, they return our gaze without clear intent.

We, the people, are invited to wander, watch, listen. We can look at the dancers in the flesh, from up close or from afar, through the screens, at their reflections on the floor, at their shadows interacting with ours. The slow buildup, common in all of Schuitemakers’ work, gives time enough to land and to become aware that this is what it is – and that it is ok. But while in previous works like The way we were tonight or If you could see me now this letting go of expectations was followed by an enthralling sense of being sucked into the obsessive and repetitive action, O S C A R remains a mostly intellectual exercise.

Why? My guess: the absence of a real sense of the collective. The strong and long divides between the performers left us with only the ghost of a party – led by our shadows, happening on the screens, imagined in looking at them from different perspectives. Every time someone in the audience moved, I searched for new possibilities to be a part of it all beyond the act of spectating, of waiting. But the overall setup lacked anchors to do so, and halfway through I joined the majority of people who were already sitting on the mirror floor.

Interesting and beautiful as it was, O S C A R left me rather sad, as drawing a nostalgic parallel between the solos, the screens and the isolation of the past two years was almost unavoidable. If anything, I was reminded of how much I miss dancing together and in the proximity of others.