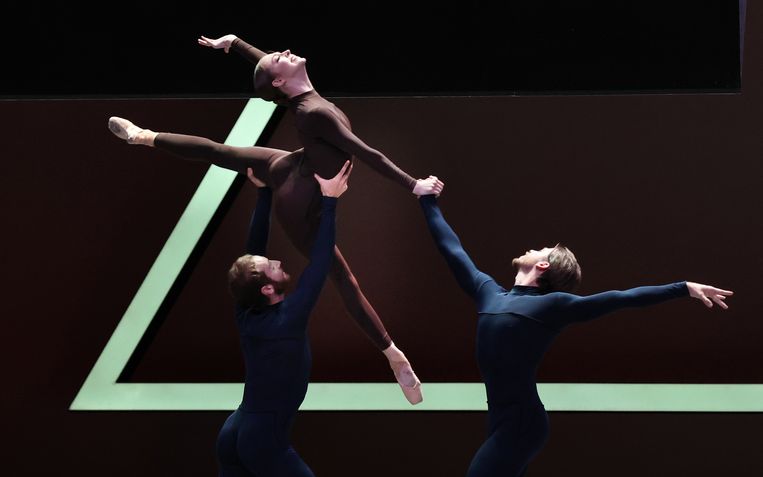 Four Seasons, one of two Dutch National Ballet contributions to Holland Festival this year, consisted of the European premiere of Christopher Wheeldon’s The two of us, to four songs by Joni Mitchell, and the world premiere of The Four Seasons – David Dawsons’ danced counterpart to a reimagining of Vivaldi’s score by Max Richter. Timidly, holding the total occupancy under 250 to avoid the requirement of a negative test-result, the company invited us back into their home. Also offered via online streaming, I saw it live on June 15.

Danced by Ana Tsygankova and Constantine Allen, The two of us starts soaked in a forever-young, hopeful sense of longing. In two refined solos on early Mitchell songs from the 1970s, both dancers fuse the most delicate aspects of their classically trained, physical abilities with more personal and fantasy-like gestures: a foot slowly folded into the back of a knee, a finger pointing upward, then a seamless transition to arabesque. That sort of thing.

Beautiful as the two opening solos were, however, the piece went downhill after that. After a second solo by Tsygankova that failed to add anything substantial to the mix, the piece closed on the emotionally shattering remake of Both Sides Now – sung in the year 2000 by an older, sadder Mitchell in a smoky voice. The closing duet made to go with it didn’t carve deep enough to level with the existential shift the song proposed.

Dawson’s The Four Seasons evolved in the opposite direction. Almost ready when the first lockdown hit in March 2020, this at-long-last premiere was off to a rocky start. As the orchestra sounded hesitant and far from all-engulfing, the sixteen dancers initially seemed to struggle to find enough collective ‘oumph’ to face Dawson’s choreographic challenges. But boy – and girl and everything in between – did they come back with a punch.
As the first violinist found her direction, the dancers on stage found their way to a mental switch. Running followed, a lot of actual, full-on running, swift handlings between couples, crazy lifts and – as is usual in Dawson’s pieces – a good deal of movement starting and ending in over-stretch. The dancers’ gasping for air could be heard from the wings, but on stage they showered us with the results of their commitment.

In contrast to Wheeldon’s expressive delicacy, Dawsons’ style is rough around the edges, loud, in your face. Not every ballet dancer can make that interesting – certainly not at the rhythm he wants it. But some do. Corps de ballet dancer Laura Rosillo, for example, stole every light that fell upon her imbuing every turn of the head with temperament and nailing every accent with a genuine smile. Another highlight: Edo Wijnen’s solo, somewhere in the midst of the Spring-section, gorgeously feeling his oats centre stage, announcing summer.

Besides being balletic fireworks for the 21st century, Dawsons’ The Four Seasons also offers poetic depth. The slowly changing, simple and humongous set designed by Eno Henze offers a counterpart to the busy onstage action – a manmade, geometric reference to nature’s continuum. The choreography itself, on the other hand, is also ripe with mildly funny, not too literal references to the cycles of life. Dancers following each other at a pace, to remind us of falling leaves in autumn; a particular partnering lift growing from a single gesture in the beginning into the main motive towards the end. That sort of thing. That sort of clever, beautiful thing.