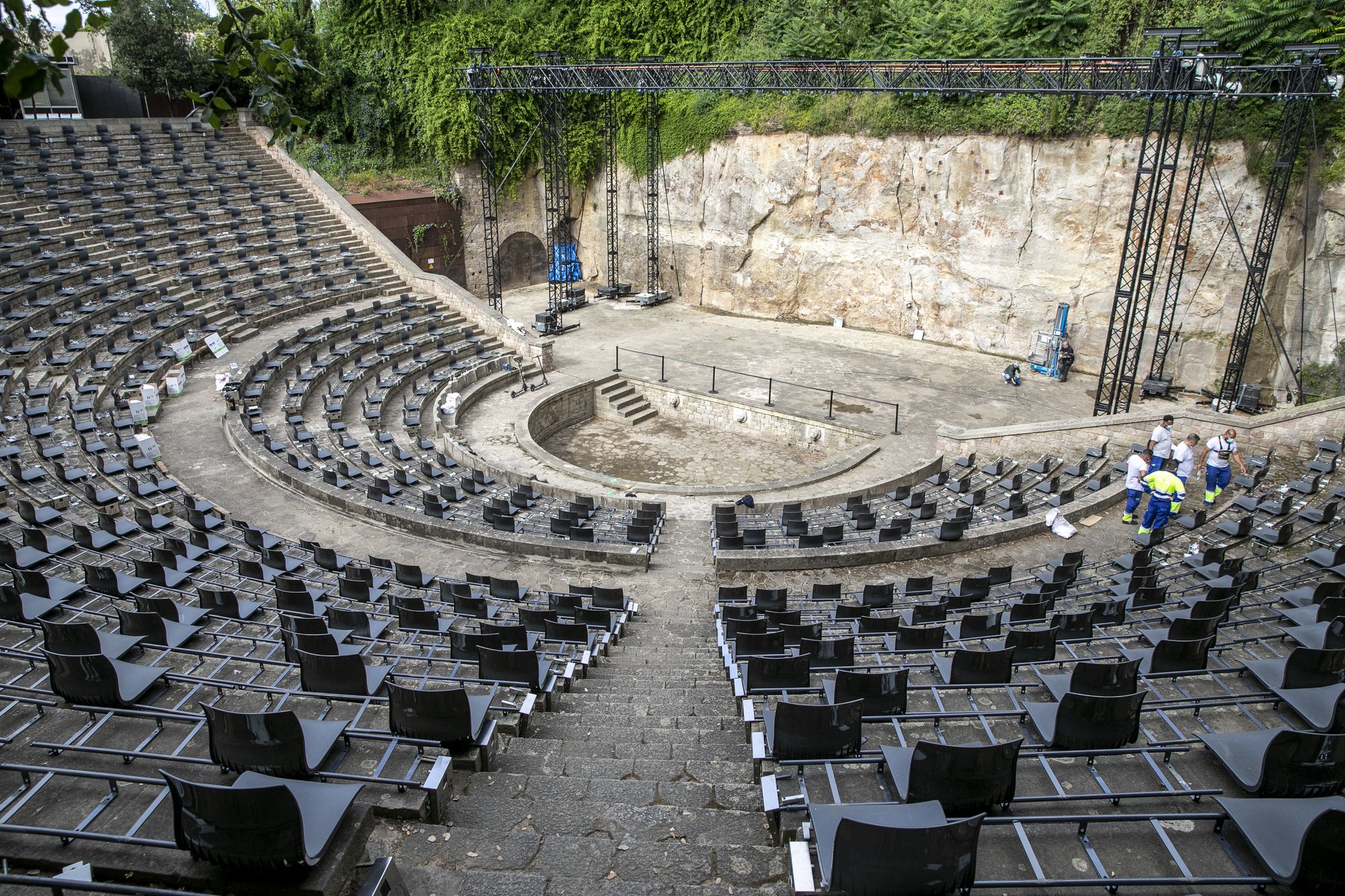 “We all love art and we enjoy going to the theatre or a museum. But we can easily do without for a day or so.” During his latest press conference, the Dutch Minister of Health, Welfare and Sport Hugo de Jonge didn’t waste his words on the (performing) arts, and the ones he chose were off-putting to say the least.

Words carry meaning. They need to be supported by deeds, but everything starts with an idea, a vision, and by attaching words to it. Far from being a current example to be followed when it comes to cultural policy, in Spain – where theatres have remained open since last summer – the pandemic has paradoxically brought about a remarkable shift in the words that government officials use to address the cultural field.

In the midst of the first and severe lockdown, early April 2020, Spain’s sitting Minister of Culture José Manuel Rodríguez Uribes replied, when asked if there would be additional funds for culture: “Today we have to think about the sick, saving their lives and stopping the virus. And when we succeed, we will do everything to reactivate the culture. Because, as Orson Welles said, life comes before cinema”. But, and here comes a notable difference with De Jonge’s recent statement, he immediately added: “although life without cinema or culture makes little sense”.

This final sentence has come to play a role in further developments that have made Spain one of the few countries in Europe where theatres have remained open for the past year. When the lockdown was lifted mid-May, the first big performance event to move forward was Barcelona’s international summer festival, GREC. Its director, Cesc Casadesús, remembers it with excitement. “It felt heroic”, he says, stressing how the unified effort of public and private institutions, together with the artistic community’s courage and creativity to adjust to the new context, made it all possible. “Incidentally, we became guinea pigs, and helped overcome the reluctance towards keeping theatres open”. The safety protocols, devised by professional associations in accordance with national regulations, were tried and tested here: limiting audience capacity to a third, ensuring the 1.5m rule at all times, regular PCR tests for artists and other staff, etc. This allowed Barcelona’s mayor Ada Colau to publicly endorse the sectorial campaign #laculturaessegura from the start, and allow GREC 2020 to happen.

After the summer, Casadesús says the experience and knowledge gained continued to serve as a reference for others. He insists that, to date, not a single infection-outburst has been traced back to a cultural event. With this badge of honour, the field has been able to defend the continuity of its activities. Last July, for example, Peeping Tom’s diptych The Missing Door/The Lost Room was scheduled at Barcelona’s open-air amphitheatre, located on the slopes of Montjuïc mountain, as part of GREC. As the second covid-wave was gaining momentum, that same day the Catalan government forbade gatherings of over 10 people, and the show was left hanging by a thread. Casadesús negotiated with Barcelona’s local council until the last minute, even opening the doors of the theatre without having the green light, to avoid congestion. When permission finally came and was announced, the audience exploded in a long ovation – before the start of the show. Casadesús: “Stubbornness was at the base of it all. People wanted to be there and enjoy – responsibly, safely.”

Aside from the absence of traceable infections, closing theatres while the beaches were overcrowded and bars and restaurants remained open – albeit with strict restrictions – felt absurd to the artistic community and audiences alike. Some context is essential here: to balance health risk management with avoiding an economic crash, Spain regards a second full lockdown as untenable. Instead, national and regional governments have been continuously adjusting their restrictions since last summer, trying to limit movements and interpersonal contacts while allowing businesses to remain open as much as possible. Beyond the more or less solid political vision that culture is an essential part of life, the first and underlying motive to keep theatres open has thus been a broader, economic one.

One of the measures intermittently implemented by the Catalan government to reduce mobility in the region has been to forbid leaving one’s own comarca (regions one administrative level under a province). This measure has painfully accentuated one of the structural problems within the performing arts field. With limited occupation and people from outside Barcelona not being allowed to travel, audiences in the capital’s theatres have been reduced to a homogenous and select group. Oriol Puig Taulé, head critic of cultural platform Núvol, puts it bluntly: “Who are we making theatre for? It would be ideal to use the present experience to address how we can open up beyond the capital, and solve the problem around sustainability and distribution”. Puig Taulé points to the fact that most theatre productions (and even more so, dance productions) in both Spain and Catalonia are short-lived, and tour only briefly, if at all.

The financial measures put in place by both national and regional governments to keep the field afloat, reveal other systemic flaws. While theatres in the private sector have been compensated for Covid-induced revenue losses, the precarity of the artists has not been addressed at all. Most companies work off the scraps of an unfair system, depending for their income mostly on a percentage of tickets sold and meager public subsidies offered per production. Furthermore, Spain doesn’t have a specific regime for intermittent workers, nor does it make it easy to freelance on any level, as the fiscal system punishes the self-employed. Pointing at this longstanding precarity, Puig Taulé loosely quotes one of the most internationally celebrated dance companies in Spain, Mal Pelo: “At one point they said – yes, the pandemic is a disaster, but professionally it’s just the next bump in the road”. The performing arts field in Spain is used to surviving on a day-to-day basis.

Still, a notable shift in narrative at different levels of public office when addressing culture has been felt like a paradoxically positive development. After the backlash he received for his first statement, Uribes emphasized the importance of culture in the UNESCO-summit of April 2020. He said culture was “a basic right, essential for citizens’ development and to ensure social cohesion”. In September, the Catalan parliament symbolically but officially declared culture an ‘essential asset’ of society. Last April, a proposition introduced in the Spanish congress by the Basque leftist party EH-Bildu passed with the support of the ruling left (PSOE-UP) and the Catalan and Basque nationalist parties, fleshing out a previous and evenly symbolic statement by the senate with specific financial measures and a clear political intent to turn it into law. These are not small steps in a country historically deficient when it comes to protecting and promoting its broad and diverse artistic community. As Casadesús points out: “As a professional field, we will paradoxically come out of this pandemic stronger and more unified. Institutionally it seems we are being seen differently”.

Even if the shift in tone in itself doesn’t immediately put food on artist’s tables, these developments may lead to the reflection Puig Taulé has been asking for for so long. At least, and unlike Hugo de Jonge, present Spanish officials aren’t recommending people to ‘put on a DVD instead’. When I ask him about online and digital alternatives and the Netflix-menace, Puig Taulé waves it all away over Zoom: “Look: it’s all fine, theatre’s death certificate has been emitted many times already, but it gets old. There is nothing like live performance”. I wanted to get up and kiss him – but there was still that screen in between.