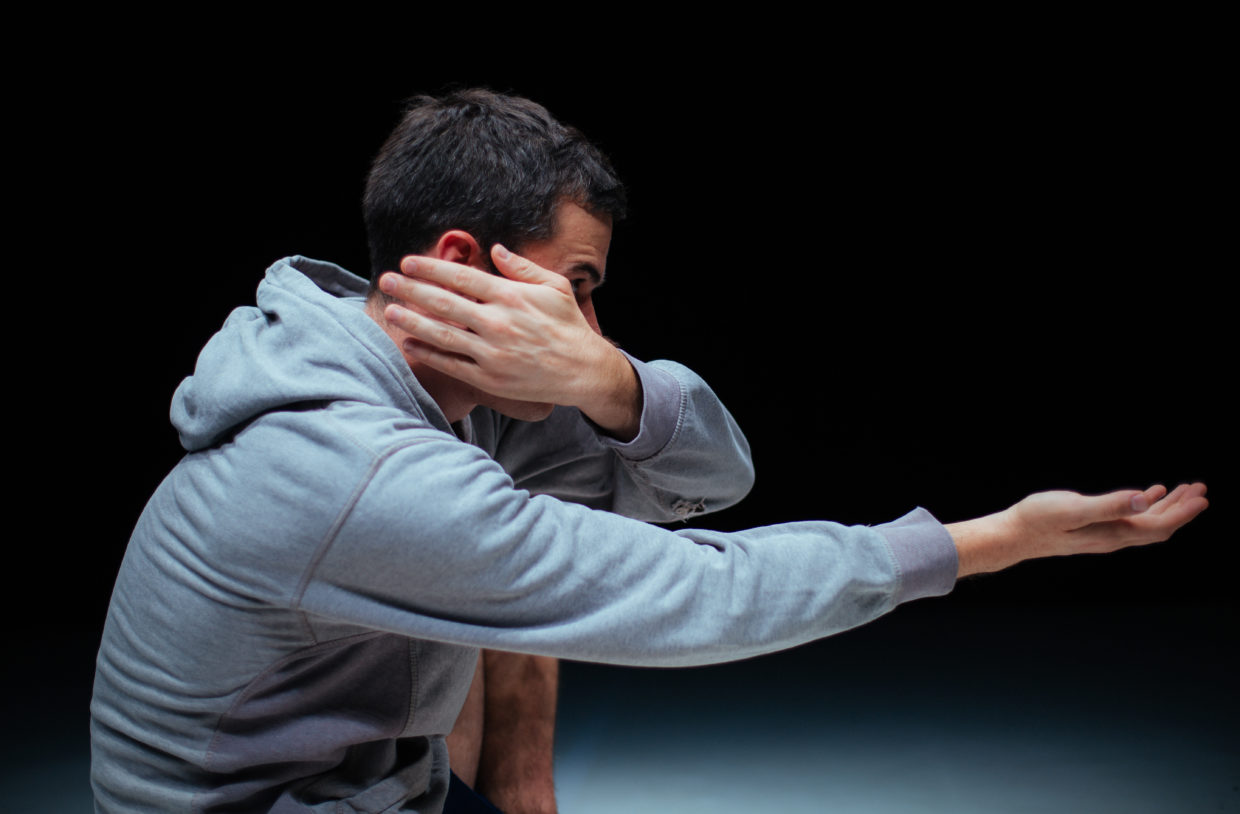 Julidans in Amsterdam wants, among other things, to be a place of opportunity – both for emerging dance artists, who find it a daring, big partner to help them outgrow their local context; and for those not necessarily bold audience members who can venture beyond their comfort zone on board of this cleverly curated ten-day trip.

For Anita van Dolen, festival director since 2011, one of the strategies to open up the festival in this way is Julidans NEXT, a series of solos by emerging artists at the “Upstairs” studio of the Melkweg, a well-known concert hall neighbouring Internationaal Theater Amsterdam (ITA), the festival’s core venue. Each NEXT performance is paired up with a bigger name shown at ITA right after. For example, in this edition Oona Doherty’s Hope Hunt and the Ascension into Lazarus [reviewed by Springback contributor Claire Lefèvre here and by Springback Academy graduate Lucia Fernandez here] was linked to Session, a danced encounter between Sidi Larbi Cherkaoui and Riverdance hero Colin Dunne – a shared Irishness here being the excuse to attract the less experienced audiences to a blind date at the Melkweg Upstairs.

Thus, this small black box space with retractile stands is offered to upcoming choreographers as a chance to show themselves without fuss, in often bare and relatively short performances. This year, Julidans NEXT turned out to be a celebration of the value of individual stage presence: the performers stole the show.

Berlin-based Greek artist Kat Válastur presented Rasp Your Soul, a solo danced by enticing Italian performer Enrico Ticconi. We first see him lying on the floor, bathing under a small light from different angles. He doesn’t move, the light does – and with it, our perception of him. This captivating image is the prelude of all that is to come: an hour-long exploration of a physical quality. As if half-struck by constant zapping, fighting with tensions within his body, Ticconi moves over the floor, then across the space. At moments, he sputters out words which – digitally modified – distance him further from a flesh-and-blood character. In his breaking and rebooting we recognise some of the poses: Narcissus looking at his own reflection, or Saint Sebastian, arrows and all. Boca de Ferro, by Brazilian–Agentinian artistic duo Marcela Levi and Lucía Russo, is a tongue-in-cheek solo questioning black stereotypes. Ícaro dos Passos Gaya, dressed as a typical yet modern version of a satyr – moves around and amongst us on an otherwise empty and silent stage. Even though we share the floor with him, there’s no sense of being invited to dance along. He stamps, twerks and swings, setting the energetic excess of a rave on display, sweating, spitting, his eyes unfocused and his body in an unforgiving tension – a slave to a beat we cannot hear, but which we all perceive. A couple of times – what a relief! – a cheesy remix of a Brazilian pop tune breaks the mood, only to fall again into the same pattern shortly after.

Dos Passos Gaya seems to parody an all too current collective phenomenon: only in the club do we profit from the anonymity of the crowd. But at the same time, his moving/suffering in silence to a present yet inaudible beat touches a more confronting reading: he seems like a modern buffoon, asked to dress up and dance in front of us by the choreographers for our amusement. In an interview for the Dutch paper De Volkskrant, Levi and Russo acknowledged their love of duality when addressing identity on stage. In Boca de Ferro, dos Passos Gaya and his energetic overflow are all there is to see, but through their bold, bare and satirical (pun intended) set-up they expose a stereotypical and critical reading of his appearance too. The ‘what’ is maybe not so interesting as the ‘how’. How do we look at this? And why?

His eyes closed, sitting mid-stage facing the audience, Thiago Granato starts moving his hand in his solo Trança. He has been there all along, in the shadows, while we walked in. When he moves, we can almost feel him perceiving his hand internally. What a delicate choreographic operation this is. Keeping his eyes closed for the full first half of the solo, he appears to be unaware of how he looks to us – and makes a point of this not knowing. What we see, what appears, is defined by a physical quality. And this quality, in turn, seems a product of his proprioception, of the sensing of his movements and body from within. Nothing else.

This is part of the craft, ladies and gentlemen: it’s not always about how we look in the mirror. Through inner commitment, movement has the potential to appear as something of its own, like the dancing plastic bag in Sam Mendes’ film American Beauty. It’s a simple yet powerful thing, and in his conscious weaving of one movement with the next Granato proves himself a choreographic artisan, sucking us into a moment of quiet togetherness, all contained in the whisk of a hand.

SPRING Utrecht 2019: “In many ways, the future is already here”