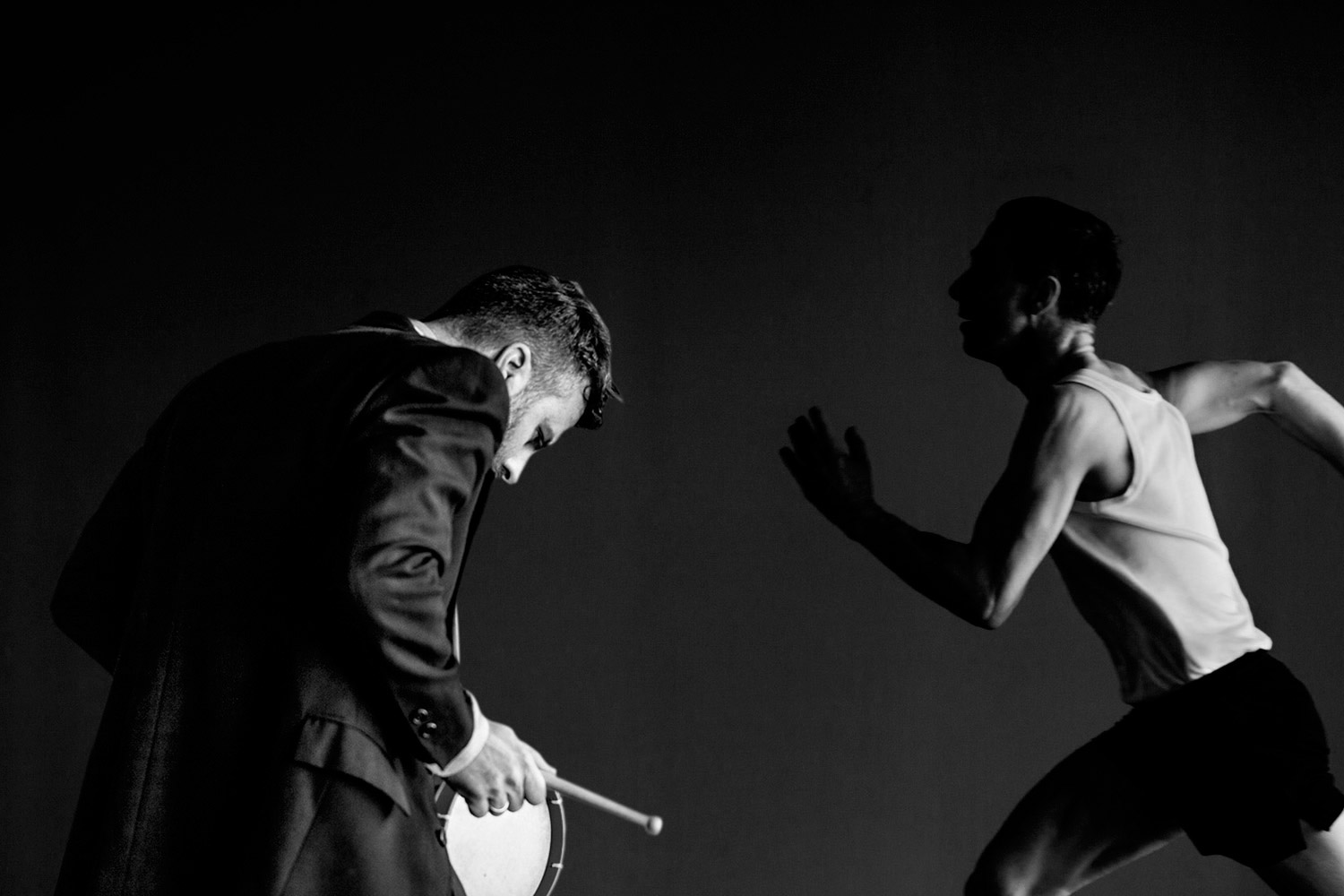 “The question is – said Humpty-Dumpty – which is to be master, that’s all.”

Dance has an original conflict with its meaning. To mean or not to refer: that is the question. Because even when dance doesn’t intend to mean anything, this anything still transmits a certain something. But what is it? The object of signification is always hidden and the poor subject, the meaningful body… remains with form as its only vehicle, this kind of veil that will never fully uncover, even when being as clear and concise and awake as it wishes itself to be. That is the way dance is: always fluttering, agitating itself around something, but never really pointing its finger to any chosen truth.

Since the beginnings of modern dance, many choreographers have carried this unavoidable “meaningness” of the dancing body as a burden, trying for example to show a body that should be body and nothing else: matter, weight, flesh. But many other choreographers, on the other hand, have taken profit of the ambiguous semantics of the dancing body. They have tried to articulate the expression of all that is, as a matter of fact, ambiguous in our reality. Assuming this dispersion with joy, they have used the unfocused limits of their artistic language to pretend to be many things at once, giving over and over again a multiple choice answer to the question: what can a moving body mean?

Pina Bausch answered this question by adding to this always nothing in concrete the assumption that a moving body is, first and foremost, human: an individual. It is a subject, and this unavoidable subjectivity is vindicated by Bausch as a motor for choreographic creation. And after Pina, everybody else: the whole lot, with a special mention to Sasha Waltz – poetic facilitator of the choreographers presented today. Waltz, for example, would add to the expression of the body as an individual subject the narrative possibilities of a mutant body, multiple, adding and/or deforming bodies to let new monsters and extra-ulter-infra-human figures appear instead.

Today the range of possible answers to the jackpot question reaches beyond infinite – to end up being, let’s face it, a sad and immense nothing-at-all in too many cases. Remembering Calabrese, everything tends to be limitless in post modernity.

What to do, in this vast landscape? Play, play, for the yard is empty; and play without complexes, since we must admit: this post dramatic possibility of doing apparently whatever one likes feels good. But not everything counts in the end, or not everything works; one needs to hold on to something to find oneself in this field.

Living as we live in a time where exchange and versatility are on the rise, today also the lines between techniques, schools, and artistic disciplines are diffuse. Everyone is the main character of his or her own crusade, and many choreographers go around collecting encounters and impressions in more or less stable creative events and collaborations.

The displacement of the limits of the individual language is added up to the infinite of possible meanings of dance as an abstract artform. Even more so when this language is put in hands and modeled by somebody else’s personal approach.

Behold: Antonio Ruz and Juan Kruz Diaz de Garaio Esnaola. The first one has a parcour of proven technical versatility as a student, a dancer and as a choreographer. He is literally a container of moving possibilities. The second is defined as a maker by the fact of having found dance after his education as a musician; and by his big lover of collaborative works and creative collisions.

They have thrown themselves into the hands of the other. Without the possibility of pointing fingers at chosen truths, moving around a meaning/subject/theme – the voice, one, the body as an obsession, the other – Ruz and Kruz Diaz hold on firmly to what they know well. The sounds, the roots of Spanish dance, the use of the voice, the character, the gesture… everything comes from a very concrete place and is taken out of context and replaced again. All are resources at the service of the piece, and can be therefore used without insulting their place of origin, since here they appear un-rooted: we can see where the flamenco-like cry came from, but now it leads us somewhere else.

And this undoing and doing is enough, as long as the emphasis is put always on their own coherence: the nature of the abstract language of the body will undoubtedly lead to other meanings to those who want to see them. Because we come from Pina and yes, here we can hold on to something that is related to reality without complexes – for example, by using street clothing, stressing the point that the men on stage are men to begin with. The audience, then, has the possibility to close up the small worlds presented on stage with their own subjective contribution. The audience is invited to play in the same yard, becoming in a certain way masters of meaning – in the words of Fischer-Lichte – alongside with those who had set out to find themselves in the choreographic decisions of the other.