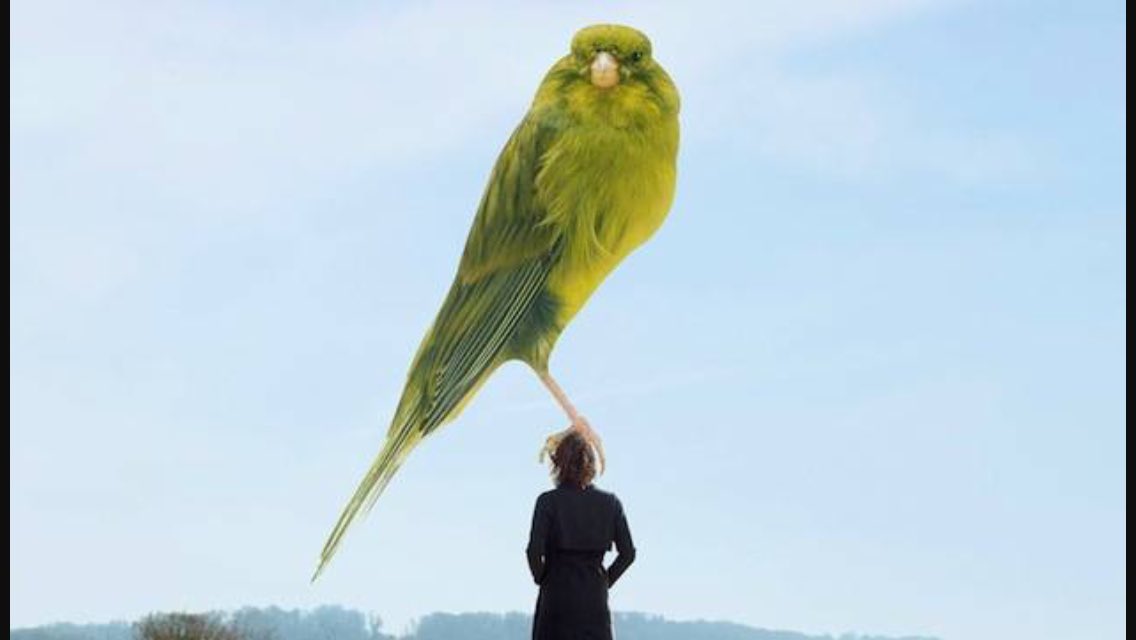 Mithkal Alzghair – Displacement. One way of looking at the poetics of dance is by addressing the intensity of the experience the movement carries. Under this light, Mithkal Alzghair presented a piece willing to drag the dark weight of our present on stage. And that is quite a heavy load to carry.

When dance is this loaded with actual meaning, not a lot of movements are left for to play with, since most end up seeming too abundant, too fake or big at one point or another of the creation process. Dancing, this oh-so-inefficient effort can tend to exhaust itself when confronted with the actuality of its own embodiment. Alzghair seems to have understood this instinctively and uses, in Displacement, movements that clearly come from a source – his own cultural folkloric background – developing them choreographically in time and space and modifying them only to become gestures clearly linked to the theatrical message it wants to transmit. Thus, the arms over his head turn from a festive gesture to a helpless call for attention; a clap of hands, maybe a marker of the rhythm in some far away memory, back in the day when one could dance and have fun in Syria, becomes an almost silent applause to us all for the mess we indulge to live in. In the same attempt of keeping the overacting at bay, the stern, focused, non-dramatized gaze of the performers upon the audience was at the verge but never openly judgemental, becoming another one of the strengths of the piece: Even when it became too long and monotone towards the end, the conscience of one’s own privilege in front of all the dimensions of those three bodies (performers – Syrians – humans) became unavoidable. Displacement shows a solo and a trio of culturally defined bodies out of place, shown in an almost all the time silent space that became tainted with the actuality of their situation.

L.E.V. – Love, Chapter 2. In their over ten year long collaboration, Sharon Eyal and Gai Behar – together with composer Ori Lichtik – have defined a style of their own, a formula for depth and success. The secret ingredient is delivered by Sharon’s sheer talent and particular body language: her combination of small, identifiable gestures – a hand to the neck, to the mouth, a finger in the air – with a wonderful feeling for flow and attack that modulates a classically trained body into the movement of an always waking yet smooth animal. Her holistic approach to the creative act has also a say in it: As she explained herself in a post-function interview during the festival, she generates movement in solo improvisation sessions, drawing her inspiration from the energy of the others in the room. Meanwhile, her dancers already receive the experience of what she pretends by merely connecting with her in the studio. Mother bee feeds her children, and afterwards, they will take this experience and use it in the process of making her movements their own. Eyal, Behar and Litchik thus always embark in creative journeys with uncertain ends.  And while all these elements and way of working might be common and shared by many choreographers, there still is something about them. We maybe just should call ourselves lucky to share this time and this place with their creations, and let go of the why and the how. In Love, Chapter 2 it all works again: he or she who has seen their previous works will recognize the physical language, the combination of light design, electronic music, and the vague sense of structure that invites to trip along. Six dancers, in their abstract yet oh-so-human journey, here feed the emotional empathy of the spectator through visual images vaguely referring to solitude and sorrow. Loneliness is, in this group piece, the main player: Every dancer travels alone. In this, the experience of the viewer differs from other works created by Eyal/Behar for companies like NDT, for example: If in Bedroom Folk or Sara we saw a group of mesmerizing bodies serving one purpose, one imagery, hypnotising through synchrony like the Willis of old, in Love Chapter 2 the dancers of L.E.V. work and process Eyal’s material each in his or her own way. Their individual relationship to the material and the piece puts their loneliness in the centre, and that gives their collective journey a bitter undertone, like a group of dark souls lost in the vast space of the scene. (Allow me a personal literary free interpretation: they felt, to me, like the distressed and distressing characters of Tommy Wieringa’s Dit zijn de Namen, wandering the steppes of an unknown land, joined together only by doom).

Crystal Pite & Jonathon Young – Betroffenheit. Another choreographer with a strong, personal and recognizable style is Crystal Pite. Together with Canadian actor Jonathon Young she presented for the first time in The Netherlands Betroffenheit, an evening-full grand-montage for the joy of the many. Truth is, the piece has many strengths: The both physical and interpretative exceptional skills of all performers, Pite’s known ability to rip a text apart and turn it into another dancing element of her choreography; the well thought of and delivered visual and scenery effects; Jonathon Young himself and the fact that we know he is sharing his own pain with us. Yet, some of these strengths get lost in a surprisingly low attention for dramaturgic structure. The two parts of Bettroffenheit could actually be seen as two independents pieces: In the first part a theatrical representation of the fight with PTSD takes the lead – with Young in the centre of the room accompanied by six dancers turned into mental voices, phantoms, fears, versions of him, etc. In the second, a more abstract and elegantly physicalized version of the same pain and fear appears: an emotional motive is expanded in movement; a movement where the clever and virtuous use of weight, recovery and fall account for never-ending visual interest, be it in the form of a solo, duo or group composition.

However, it all revolves constantly around the same idea and, even if this could be justified dramaturgically, the way the scenes (mainly of the first part) are presented gives more the feeling of a juxtaposition of visually interesting ideas out of brainstorm than of an overall cyclic, mental turmoil of which the protagonist can’t escape. A hint of criticism to a first part that otherwise remains an outstanding choreographic version of a bildungsroman. In the second part Pite reappears at her best and takes the theme to another level. The same text appears again, as does Young, but the relationships with the dynamic images the dancers evoke are more subtle and established on equality of terms in an abstract field.

The proposed of Giselle by Balleto di Roma brought together two significant choreographers of the present European scene, one act of the romantic tale each. While Chris Haring shows his skills and love for crazy can be adjusted to any idea – personalizing the second act of Giselle into a humoristic ballet blanc, including hints of acid humour and allowing for a recognition of the links to the romantic tale – Serussi drowns dramatically in his own style. The sufficient technical ability of dancers is portrayed but put to no good use, and the performers fail to deliver anything other than grand battement or jeté in physically complex sequences. The choices in light, scenery or space distribution seem to come from nowhere and lead to nowhere. Yes, the closing image of his first act – with all the dancers taking off the veil that covers their torso, with expressionless faces before they leave the stage – in a way portrays the uncovering of the innocence of youth as happens to the peasant girl Giselle… but then again, that is that and far from strong enough to account for anything that has been shown prior: Movement, movement, movement, and nothing to accompany it with. A quality steak, yet presented cold and on an empty plate.

Sweet Fever, by Pere Faura offered the audience of Julidans a radically opposite experience. Forty volunteers dancing a modulated disco dance-phrase in loop – each one of them with his or her own body, age, history – in combination with a clever video-art projection on the background, referring to the good and the bad fruits of human collective effort (from ritual to war or mass production) triggered the brain and the heart of the spectator at a rate of 100 inputs a second. There was a lot to see, a lot to think, and a lot to enjoy. The unconventional space and format (audience and performers shared the stage of the Rabozaal) allowed for the breaking of the conventional expectations as well, and one could simply be drawn into the flow of energy and enjoyment of the dancers who – thanks to the charming personality of Pere Faura when delivering the material, no doubt – where mainly there having a lot of fun: dancing by themselves and as a collective. Because that is what disco-dancing is all about. The rest was conceptually sexy, and it played out extremely well.