About Dance, fireflies and the end of the world (as we know it) 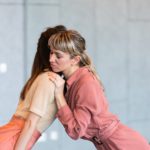 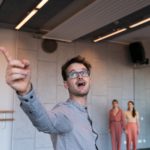 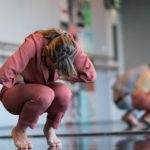 About dance, Fireflies and the end of the world as we know it is a dance-and-spoken word performance linking the crisis of Modernity to Dance as a useless phenomenon.

While Modernity encourages progress, production and waste (leaving no space for the “in-between”) Dance can appear as a purposeless dynamic image. But is it?

This lecture-performance invites you to think and watch along, being a part of a visually and emotionally stimulating landscape where Words and Dance coexist in the utility of the useless. The role of dance in neoliberal, western societies is put into question and left to defend itself as a trigger for imagination.

Yes to imagination. Yes to spectacle. No answers here. See us dance.

Let there be darkness. And fireflies. Fireflies to give us a signal in the night.

About Dance, fireflies, and the end of the world (as we know it)